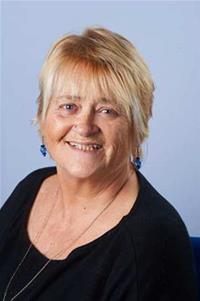 I was born in North London in 1947, to a working class, Labour voting family. We moved to Watford in 1950 as part of the overspill from London, to South Oxhey.

I was educated at Clarendon Secondary Modern School. Then in 1998 – 2000, I attended The University of Bedford, where I gained a Diploma in Youth and Community work.

I married Bill in 1967, had three children, two girls and one boy; both the girls went to University, one is now teaching in London and the other is in nursing. My son attended college and is now a qualified plasterer, painter and decorator. Sadly my husband died in 2013, after suffering a massive stroke. All my children are married and have families. I’m a proud Grandmother of eight grandchildren, ranging from eight to twenty eight years old.

While the children were young, I worked part-time as a cleaner, child minder and school dinner lady. In 1989 I was employed by Watford Council as a play worker in Harwoods Adventure playground, a job I truly loved, I had found my Vocation working with young people. After a while I moved on to youth work, and when Watford Council’s youth service went into partnership with Hertfordshire youth service, we became WAYS (Watford Area Youth Service). This was a great success, with all the community centres holding two to three youth club sessions a week. At this time I was coordinating a teenage mums’ group and a young women’s group. Sadly this was not to last, WAYS was one of the first to be dissolved and all the youth workers were made redundant. So after 21 years’ service I had lost the job I loved.

I don’t have to many personal interests nowadays, I use to ride our horse and loved going on long walks with our whippets. Sadly, my health isn’t as good as it was, so now my one dog (rescued Lurcher) and me have shorter walks daily around Cassiobury Park. I enjoy crocheting, sketching and painting, when I get the chance. I love Suffolk and Ireland and visit whenever I can.

My reasons for becoming a Councillor

I had lived in West Watford for nearly 50 years when I was elected in 2011 as a councillor to represent my neighbours and the wider area of West Watford.

The streets were depressing, fly- tipping, dog mess, drinkers and drug dealing, something had to be done. I hoped I could make a difference, I managed to get Neighbourhood Watch signage put up in streets and I initiated the Vicarage Residents’ Association, which involved the square and part of Vicarage Road.  I often hold a surgery at West Watford Community Centre to listen to issues the residents may have, sometimes the police join me doing this.

With my colleagues we have organised Skips for most of the roads in West Watford, to get the residents to clear their alleyways, this has been a great success. We have worked with the police to try and reduce the street drinkers and drug dealing. I have helped homeless families; one family in particular was put out in the street by the landlord on a freezing cold night with three children under 5 years old; I was able to help them find temporary accommodation. I have also been involved with housing issues, where I have worked with the Watford Community Housing Trust.