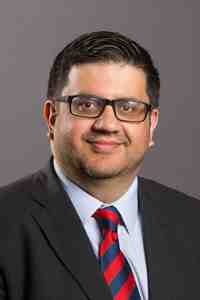 Councillor Asif Khan was first elected in May 2011 in the Leggatts Ward and was elected County Councillor for North Watford in May 2017.

He was born in Watford and raised in Watford, attending Parkgate Junior School and Watford Boys Grammar School. He has lived all his life in Watford and is very much sees himself as a Watfordian.

He is a well-known community campaigner who has spearheaded many causes, including better roads and pavements, litter picks throughout North Watford, introducing 20 mph zones in the local area, working with residents and community groups to ensure that three local parks have now the prestigious Green Flag status. He was instrumental in ensuring weekend burials at the local cemetery.

He has deep roots with the local community and keeps in touch with local residents and groups. He regularly attends residents’ meetings and can be seen walking around his ward picking up issues and trying to help solve them.

On the council, he has been chair of the Budget Panel, vice Chair of Overview and Scrutiny and has a sharp acumen for finance. Currently he is the Vice-Chairman of the Council.

He helped co-fund from his County Council locality budget Goodwood Parade improvements. He has replaced trees in the area and was the driving force behind repairing badly repaired roads.

Working with local businesses he has secured funding for projects in North Watford.

He personally enjoys international politics and is an avid reader. He has an eclectic musical taste ranging from Sufi Qawali Music, to classical to folk. He enjoys cricket and cooking and is often seen in local restaurants.